Featured recipes can be found here

iHeartRadio- The Showgram with David Cooper

Featured recipes can be found here

Competing in the show’s Loud ‘N’ Proud Bake Off

Making Chocolate Vinegar Cake on Toronto’s CTV Your Morning. The full recipe can be found here

Bear-ing It All with Gavan Knox

“Semi-finalist of Food Network Canada’s Great Chocolate Showdown, Gavan Knox, joins Muñoz to bear it all! Join them as they gossip all about who they think is going to win, what happened behind scenes, as well as explore Gavan’s baking journey, Coming Out, representing the bear community, being a father of two and so much more!“

“First impression: We have a feeling Gavan has seen some things in his lifetime, having lived in Ireland, England and now Canada, where he resides with his husband and two children. The competitor is all about comforting flavours with elevated twists, and one of his main influences is the architecture he’s spent years studying and practising.

Our predictions: Gavan’s big personality will make him instantly watchable, and we can’t wait to see what kinds of inspired treats he’s going to whip up. We also hope he doesn’t overdo it with the black garlic, rose water and some of his other favourite unique flavours, because when it comes to baking, a little often goes a long way.”

“After moving to Ontario, a London couple soon felt right at home thanks to its friendly and diverse food scene. Here’s where they head when they’re looking for brunch or a family friendly Thai lunch”

From eggs benedict to the ultimate bacon roll: Toronto’s best places to eat

Hear me chatting with writer, editor, TV presenter and food critic William Sitwell about everything from cupcake bouquets to beards!

The Mel and Sue Show

(images courtesy of The Guardian)

The inspiration for this recipe comes from an American treat called a “pig licker” – a crispy rasher of streaky bacon coated in chocolate and sprinkled with sea salt. I introduced smoked paprika and chilli to bring another depth of flavour.

Recipe can be found here

In the kitchen with Mr. Mom’s

Gavan Knox lives in south west London with his partner Scott and their two children.
Having learned to bake with his mother as a child, it wasn’t until he had his own family that he rediscovered his youthful passion. ‘I love the creative element of cooking and baking,’ he says. ‘You start with a number of ingredients and end up with something completely different – true alchemy.’
That’s how his delicious business venture, Mr Mom’s, was born. ‘We moved house and my partner presented me with a kitchen-warming gift of a KitchenAid mixer. That was when I really launched into baking,’ Gavan tells me. ‘After adopting our children, I took a year off work and started to bake… and bake… and bake! Being a stay-at-home dad gave me the opportunity to hone my skills.’
But why Mr Mom’s? ‘I chose the name to acknowledge the American style of my cupcakes,’ Gavan explains. ‘It also perfectly described my (then) role as a stay-at-home dad.’ It’s no news that baking is becoming a popular national pastime, but I wonder how he deals with the charge often levelled at cupcakes: are they a little, well… delicate? ‘Cupcakes are very much seen as the ‘girly’ side of baking,’ Gavan laughs. ‘I want to even the playing field a bit. Don’t get me wrong – I’m not calling for a battle of the sexes, but let’s face it – men eat cupcakes too!’ Looking at the list of flavors, it’s clear that Mr. Mom’s certainly caters for all tastes.
Aside from the more traditional recipes, Gavan also creates some mouth-wateringly unusual combinations. From pumpkin sponge with cinnamon caramel center and chai-spiced cream cheese frosting at Halloween, to a festive lebkuchen spiced sponge with gluhwein buttercream frosting and, most intriguingly, a matcha green tea and vanilla sponge with blueberry compote center and matcha green tea buttercream (which works wonders as a brain boost, I’m assured), Gavan has covered all the bases.
‘For me, it’s less about how well the cupcakes are decorated, and more about the flavors,’ he says. ‘I have also created bespoke cupcakes for people based on their favorite flavors – that always makes a great gift.’
Setting up a new business can be a slow and difficult process, as Gavan has realized. ‘The question that always crops up is: where do I start? You’ve got god knows how many batches of cupcakes sitting in your kitchen, in wonderful flavors, but how do you get them to customers? For a while, I was stocked by Wallace & Co in Putney on a trial basis, and thankfully my cupcakes proved popular there. I’d love to have a high street presence one day; maybe not a shop on every street, but a few intimate and comfy tearooms. It would be great for Mr. Mom’s to be profitable enough that I could step back from my office job and still be able to provide for my family.’
What’s the best part of the job though?
‘Seeing the look on people’s faces as they try new flavor combinations – taking something they might otherwise be dubious about and turning it into something they love,’ Gavan replies. ‘I love baking, and making people happy, and who doesn’t want to wake up every day doing something they love?’ n
Mr. Mom’s currently delivers to the London area, particularly the south west, including Putney, Wimbledon and Richmond.
For information on flavors, pricing. availability and limited-edition seasonal flavors, check out Gavan’s website and blog (www.mrmoms.co.uk). You can also find him on Twitter @MrMomUK

Local resident Gavan Knox (aka Mr. Mom) bakes and delivers delicious cupcakes in original and unusual flavors. From Mint-Choc Delice to Key Lime Pie, or even Tea & Biscuit, there’s something to suit all tastes. The new floral-inspired “Cupcake Bouquet” gift baskets- flavored with rose, lavender, violet and apple blossom, are perfect for thank-yous, baby showers or birthdays and are going down a storm.

Mr. Mom’s delivers across London, with a particular focus on the South-West. For information on flavors, prices and availability, visit http://www.mrmoms.co.uk

Mr. Mom’s is a well known figure in these parts for his delicious and inventive cupcakes. This Autumn, the baking aficionado is expanding his range to include a selection of moreish American style brownies in some truly fantastic flavors.

Look out for the Smokin’ Pig Licker brownie with it’s unlikely combination of candied bacon and chocolate and the Wild West Nuts-ravaganza which boasts a peanut butter-cheesecake swirl topping. (Try saying that three times fast…)

Christmas traditions are plenty in our house and they kick off on December 1st with something called “Lights A Pit’On”. It’s a tradition we have carried on from my husband’s family. On this day the Christmas tree lights are switched on and the first of the Christmas movies and fare are consumed. In the morning our children ice Christmas cookies that I’ve baked earlier. These are a spiced orange cookie that I’ve made since my husband and I have been together- they’ve become somewhat of a festive mainstay during the holiday season.
In the afternoon it‘s movie time with the children snuggling down for “Elf” or “The Grinch” whilst they tuck into some of the Christmas cookies and hot chocolate. Later on the evening, with the kids in bed, the grown-ups settle down for showing of “A Christmas Carol” (it must be the George C. Scott version from 1984) with mince pies and port. A perfect start to the festive season. 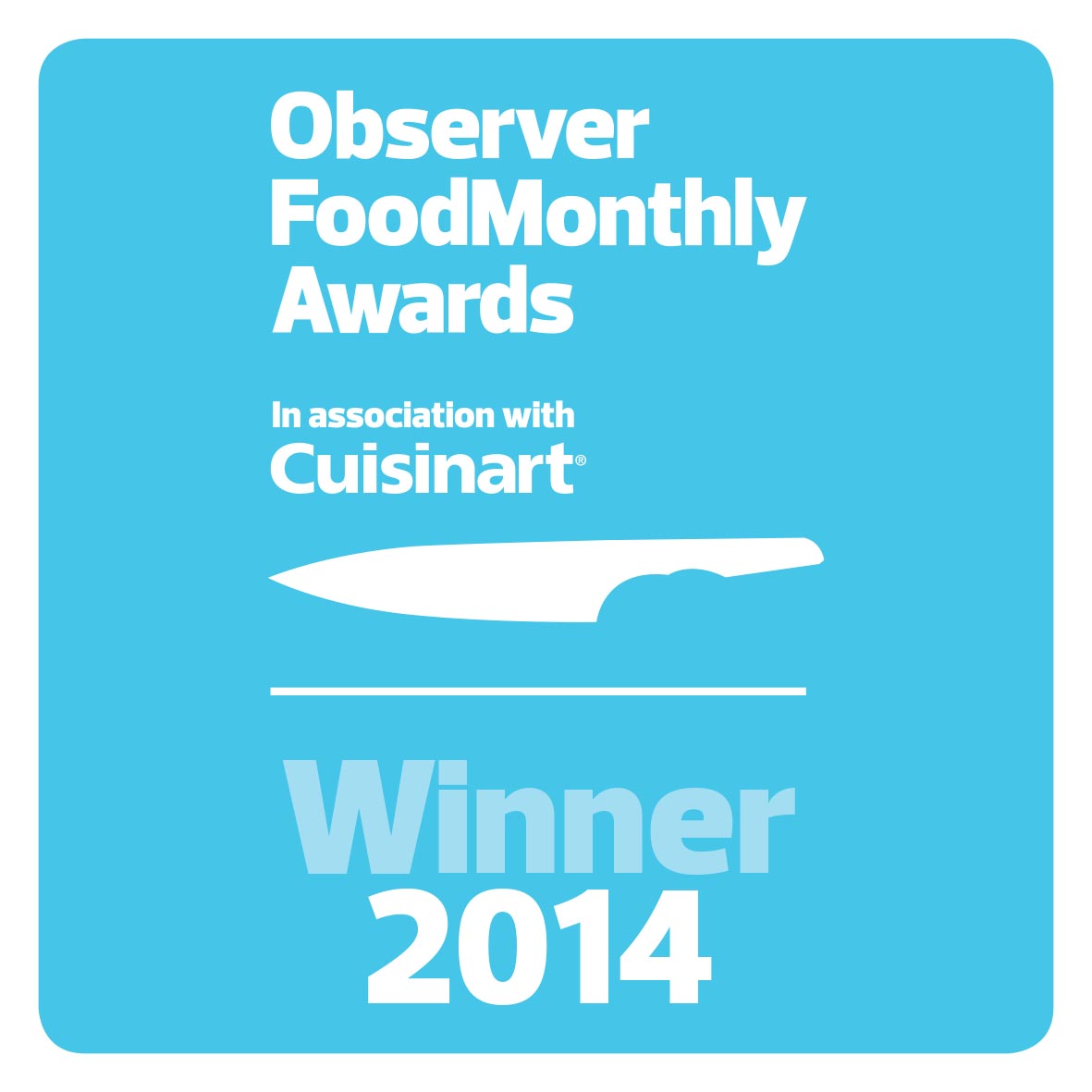 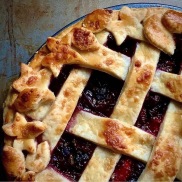 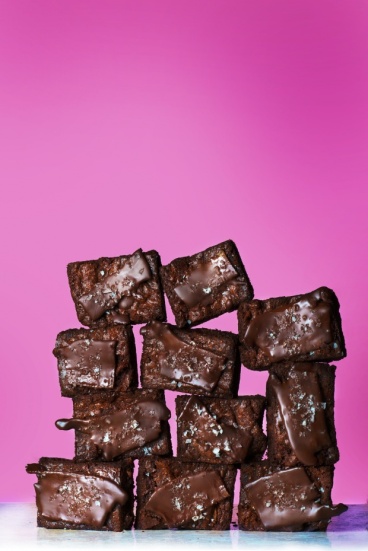 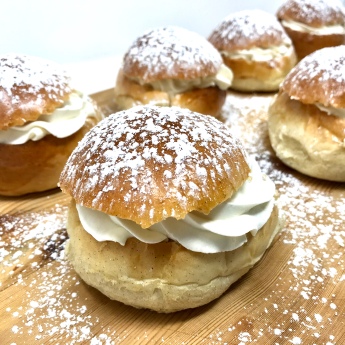